The Bogleheads' Guide to Investing

"This witty and wonderful book offers contrarian advice that provides the first step on the road to investment success, illustrating how relying on typical "common sense" promoted by Wall Street is destined to leave you poorer."

The Bogleheads' Guide to Investing

A Random Walk Down Wall Street: The Time-Tested Strategy for Successful Investing

“In today’s daunting investment landscape, the need for Burton G. Malkiel’s reassuring, authoritative, and perennially best-selling guide to investing is stronger than ever. A Random Walk Down Wall Street has long been established as the first book to purchase when starting a portfolio. This new edition features fresh material on exchange-traded funds and investment opportunities in emerging markets; a brand-new chapter on “smart beta” funds, the newest marketing gimmick of the investment management industry; and a new supplement that tackles the increasingly complex world of derivatives.” A Random Walk Down Wall Street

The Four Pillars of Investing: Lessons for Building a Winning Portfolio

“With relatively little effort, you can design and assemble an investment portfolio that, because of its wide diversification and minimal expenses, will prove superior to the most professionally managed accounts. Great intelligence and good luck are not required.” The Four Pillars of Investing

“The greatest investment advisor of the twentieth century, Benjamin Graham taught and inspired people worldwide. Graham's philosophy of "value investing" -- which shields investors from substantial error and teaches them to develop long-term strategies -- has made The Intelligent Investor the stock market bible ever since its original publication in 1949.” Extraordinary Popular Delusions and The Madness of Crowds

“This classic survey of crowd psychology offers an illuminating and entertaining look at three grand-scale swindles. Originally published in England in 1841, its remarkable tales of human folly reveal that the hysteria of the Wall Street Crash of 1929 and the junk-bonds frenzy of the 1980s were far from uniquely twentieth-century phenomena.The first of the financial scandals discussed, "The Mississippi Scheme," concerns a disastrous eighteenth-century plan for the commercial exploitation of the Mississippi valley, where investors were lured by Louisiana's repute as a region of gold and silver mountains. During the same era, thousands of English investors were ruined by "The South-Sea Bubble," a stock exchange based on British trade with the islands of the South Seas and South America. The third episode involves Holland's seventeenth-century "Tulipomania," when people went into debt collecting tulip bulbs — until a sudden depreciation in the bulbs' value rendered them worthless (except as flowers).Fired by greed and fed by naiveté, these historic investment strategies gone awry retain an irrefutable relevance for modern times. Extraordinary Popular Delusions is essential and enthralling reading for investors as well as students of history, psychology, and human nature.”

Extraordinary Popular Delusions and The Madness of Crowds

“In Unconventional Success, investment legend David Swensen reveals why the for-profit mutual fund industry consistently fails the average investor, from its excessive management and incentive fees to the frequent 'churning' of portfolios that forces investors to pay higher taxes. Perhaps most destructive of all are flagrant schemes designed to thwart regulators and further erode portfolios, limiting investor choice and reducing returns. Swensen's solution? A 'contrarian' investment alternative that creates more diversified, equity-oriented, 'market-mimicking' portfolios that minimize loss and reward the investor with the courage to stay the course. Swensen backs up his unconventional proposal with well-documented evidence supporting not-for-profit investment management companies such as Vanguard and advice on steering clear of poorly constructed funds. Bottom line? Swensen provides the guidance and financial know-how for improving the personal investor's bottom line.” 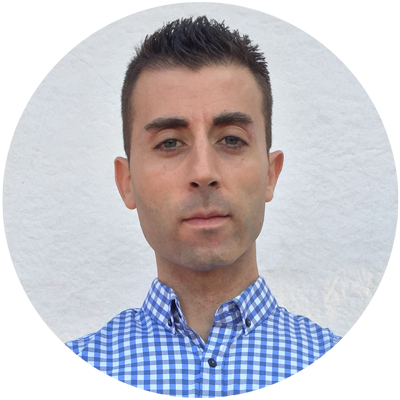